Gentle walks, beautiful beaches, rolling hills but what about climbing on sea cliffs with crashing wild Atlantic waves below you?

If you are visiting the west and north west of Ireland and are looking for something a little different, then rock climbing might be worth a try! We ventured out with Unique Ascent to get a taster of rock climbing on Cruit Island. Cruit (pronounced "Critch") Island is located off the coast of West Donegal and is about a 3hr drive from the airport. The island is conveniently connected to mainland Donegal by a quaint little bridge near Kincasslagh.  Two, in fact, one for traffic and another one beside it for walkers.

Equipment is provided so all you need is nerves of steel. Some of the climbs start at sea level where our guide Iain Miller is fastened in at the top to provide guidance where necessary. He describes climbing as a game of physical chess. I feel I was the pawn. The first climb involved an ascent up what looked like an impossible slab of granite rock. However on further examination you get to notice little crevaces to put your feet and other rock edges to pull you up, I’m sure there are some technical terms for these but I like to call them lifelines. We were secured with a harness and a helmet so there was really no fear of falling which is half the battle.  Reaching the top is met with exhilaration and you are literally and physically on a high! It was like killing the queen on your fifth move.

Then was our second climb, we were asked would we like a harder climb but not so scary or a somewhat easy climb but a little scarier, we went for the latter which entailed a few crashing waves below.

For this climb we had to abseil down and then climb back up. Abseiling wasn’t too difficult and easy enough to get the hang off. The climb was a little harder than the first one and involved taking a leap of faith on the first section. It really is mind over matter and something that is so rewarding when you complete it. You feel like you want to do it again as soon as you ascend but physically the body isn’t able for much more.

We did a third climb which was equally as challenging yet achievable and called it a day. Rock climbing takes you out of your comfort zone and challenges your mind and body but will give you a mental boost that will last for days and an itching feeling to return.

If you are looking for something daring this is your Checkmate! 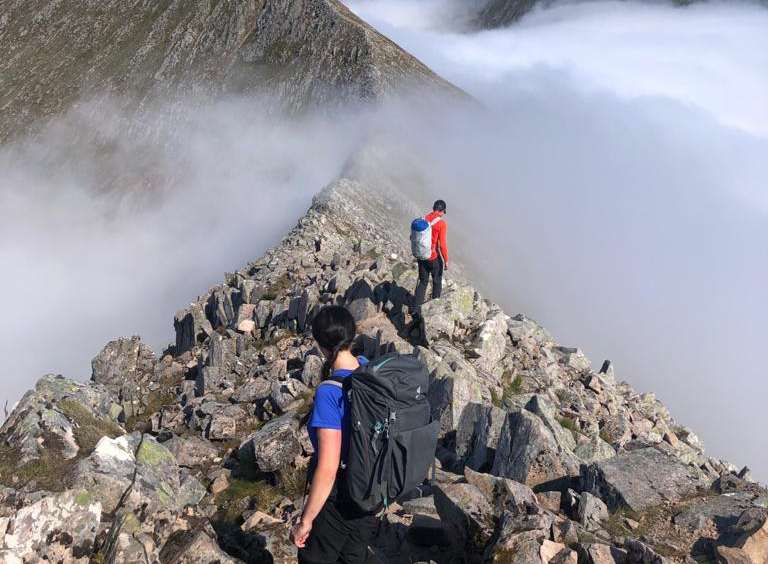