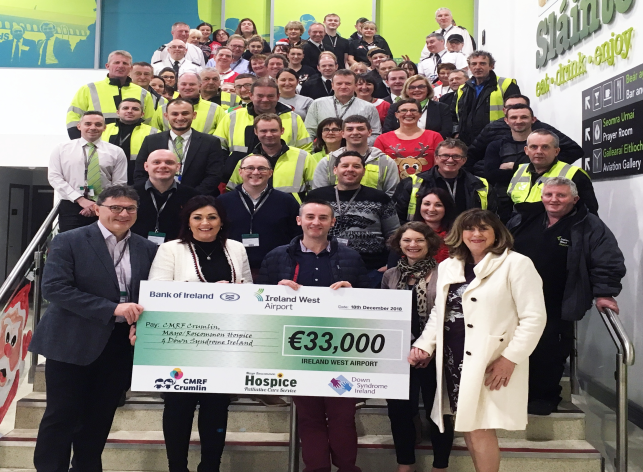 Ireland West Airport staff were delighted, before Christmas, to present a cheque for €33,000 to the airports three staff nominated charities for 2018 – Down Syndrome Ireland, Mayo & Roscommon Hospice and The Children’s Hospital, Crumlin. Over the course of 2018 a number of events took place with Ireland West Airport employees getting involved to support the three charities.

The most successful fundraiser in 2018 was the Portwest 5km Runway Run, which saw over 1,100 people take to the airports runway in glorious sunshine in late May whilst in August airport staff and charity volunteers took part in a ‘spinathon’ in the airport terminal to cycle the equivalent distance from the airport to Salou using stationery bicycles. The final fundraiser in November saw the airport host a charity bingo night, attended by 500 people, which was a huge success.

Speaking at the cheque presentation, Joe Gilmore, Managing Director, Ireland West Airport, said ‘2018 has been a memorable year at the airport as we celebrate record passenger numbers and completed a number of facility enhancements and improvements. This year is also the third year of our charities of the year initiative and we are delighted to be presenting a cheque to our three charities for €33,000 which will support the fantastic work been done by these charity organisations. The great work that these charities all undertake really does make such a difference to the people that they support in our community and we look forward to a successful year of fundraising with three new charities in 2019’.

Martina Jennings, CEO, Mayo and Roscommon Hospice, commented ‘Mayo Roscommon Hospice are so grateful to the whole team at Ireland West Airport for choosing us as one of their charity partners in 2018, and for the fantastic donation of €11,000. Not only did they raise much needed funds for Palliative Care Services, they also raised incredible awareness for all three charities. The Ireland West team were just fantastic to work with, and we were blown away with the commitment they showed to make the year such a success. We would like to wish the whole team, along with everyone who supported their fundraising activities a very Happy and Healthy Christmas and New Year’.

Sarah Joyce, Head of Corporate Partnerships, CMRF Crumlin said “CMRF Crumlin were so delighted to have been selected by the staff of Ireland West Airport as one their chosen charities for 2018.  CMRF Crumlin will continue to invest in research and ensure that every patient that passes through the doors of Our Lady’s Children’s Hospital, Crumlin receives the best treatments and supports possible in an environment that supports recovery and well-being and cannot do this without amazing Charity of the Year partners like Ireland West Airport”

Adrian Doherty, Down Syndrome Ireland, said ‘Down syndrome Ireland would like to thank all the staff and customers of Ireland West Airport for their support. These funds will go towards the regional centre and accessible playground we want to develop in Swinford, which will benefit all our members in Connaught. It was a privilege to work with all the staff of the airport and volunteers from the three charities". 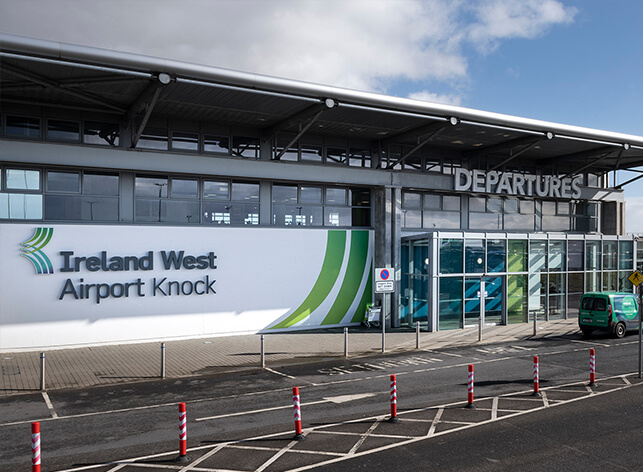 Ireland West Airport welcomes announcement of €504,750 in funding for Sustainability projects from the Department of Transport 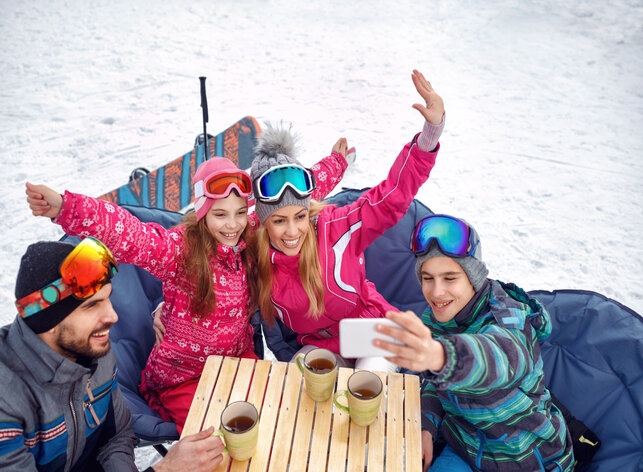